What Is Forex Trading?

At its simplest, forex trading is similar to the currency exchange you may do while traveling abroad: A trader buys one currency and sells another, and the exchange rate constantly fluctuates based on supply and demand.

Currencies are traded in the foreign exchange market, a global marketplace that’s open 24 hours a day Monday through Friday. All forex trading is conducted over the counter (OTC), meaning there’s no physical exchange (as there is for stocks) and a global network of banks and other financial institutions oversee the market (instead of a central exchange, like the New York Stock Exchange).

A vast majority of trade activity in the forex market occurs between institutional traders, such as people who work for banks, fund managers and multinational corporations. These traders don’t necessarily intend to take physical possession of the currencies themselves; they may simply be speculating about or hedging against future exchange rate fluctuations.

A forex trader might buy U.S. dollars (and sell euros), for example, if she believes the dollar will strengthen in value and therefore be able to buy more euros in the future. Meanwhile, an American company with European operations could use the forex market as a hedge in the event the euro weakens, meaning the value of their income earned there falls.

How Currencies Are Traded

All currencies are assigned a three-letter code much like a stock’s ticker symbol. While there are more than 170 currencies worldwide, the U.S. dollar is involved in a vast majority of forex trading, so it’s especially helpful to know its code: USD. The second most popular currency in the forex market is the euro, the currency accepted in 19 countries in the European Union (code: EUR).

Other major currencies, in order of popularity, are: the Japanese yen (JPY), the British pound (GBP), the Australian dollar (AUD), the Canadian dollar (CAD), the Swiss franc (CHF) and the New Zealand dollar (NZD).

All forex trading is expressed as a combination of the two currencies being exchanged. The following seven currency pairs—what are known as the majors—account for about 75% of trading in the forex market:

How Forex Trades Are Quoted

Each currency pair represents the current exchange rate for the two currencies. Here’s how to interpret that information, using EUR/USD—or the euro-to-dollar exchange rate—as an example:

A quick note: Currency pairs are usually presented with the base currency first and the quote currency second, though there’s historical convention for how some currency pairs are expressed. For example, USD to EUR conversions are listed as EUR/USD, but not USD/EUR.

Most forex trades aren’t made for the purpose of exchanging currencies (as you might at a currency exchange while traveling) but rather to speculate about future price movements, much like you would with stock trading. Similar to stock traders, forex traders are attempting to buy currencies whose values they think will increase relative to other currencies or to get rid of currencies whose purchasing power they anticipate will decrease.

There are three different ways to trade forex, which will accommodate traders with varying goals:

The forward and futures markets are primarily used by forex traders who want to speculate or hedge against future price changes in a currency. The exchange rates in these markets are based on what’s happening in the spot market, which is the largest of the forex markets and is where a majority of forex trades are executed.

Each market has its own language. These are words to know before engaging in forex trading:

What Moves the Forex Market

Like any other market, currency prices are set by the supply and demand of sellers and buyers. However, there are other macro forces at play in this market. Demand for particular currencies can also be influenced by interest rates, central bank policy, the pace of economic growth and the political environment in the country in question.

The forex market is open 24 hours a day, five days a week, which gives traders in this market the opportunity to react to news that might not affect the stock market until much later. Because so much of currency trading focuses on speculation or hedging, it’s important for traders to be up to speed on the dynamics that could cause sharp spikes in currencies.

Because forex trading requires leverage and traders use margin, there are additional risks to forex trading than other types of assets. Currency prices are constantly fluctuating, but at very small amounts, which means traders need to execute large trades (using leverage) to make money.

This leverage is great if a trader makes a winning bet because it can magnify profits. However, it can also magnify losses, even exceeding the initial amount borrowed. In addition, if a currency falls too much in value, leverage users open themselves up to margin calls, which may force them to sell their securities purchased with borrowed funds at a loss. Outside of possible losses, transaction costs can also add up and possibly eat into what was a profitable trade.

On top of all that, you should keep in mind that those who trade foreign currencies are little fish swimming in a pond of skilled, professional traders—and the Securities and Exchange Commission warns about potential fraud or information that could be confusing to new traders.

Perhaps it’s a good thing then that forex trading isn’t so common among individual investors. In fact, retail trading (a.k.a. trading by non-professionals) accounts for just 5.5% of the entire global market, figures from DailyForex show, and some of the major online brokers don’t even offer forex trading.

What’s more, of the few retailer traders who engage in forex trading, most struggle to turn a profit with forex. CompareForexBrokers found that, on average, 71% of retail FX traders lost money. This makes forex trading a strategy often best left to the professionals.

While the average investor probably shouldn’t dabble in the forex market, what happens there does affect all of us. The real-time activity in the spot market will impact the amount we pay for exports along with how much it costs to travel abroad. 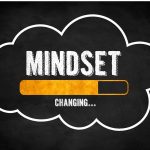 10 Money Mindsets that Can Help You Build Financial Freedom 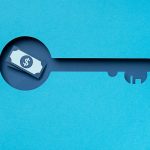 Real Estate vs. Stocks: Which Is the Better Investment? 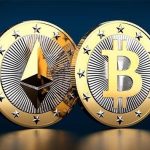 What is crypto trading and how do you trade cryptocurrencies? 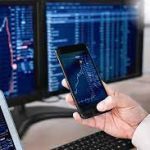 Learn How to Trade Crypto:
A Beginner’s Guide